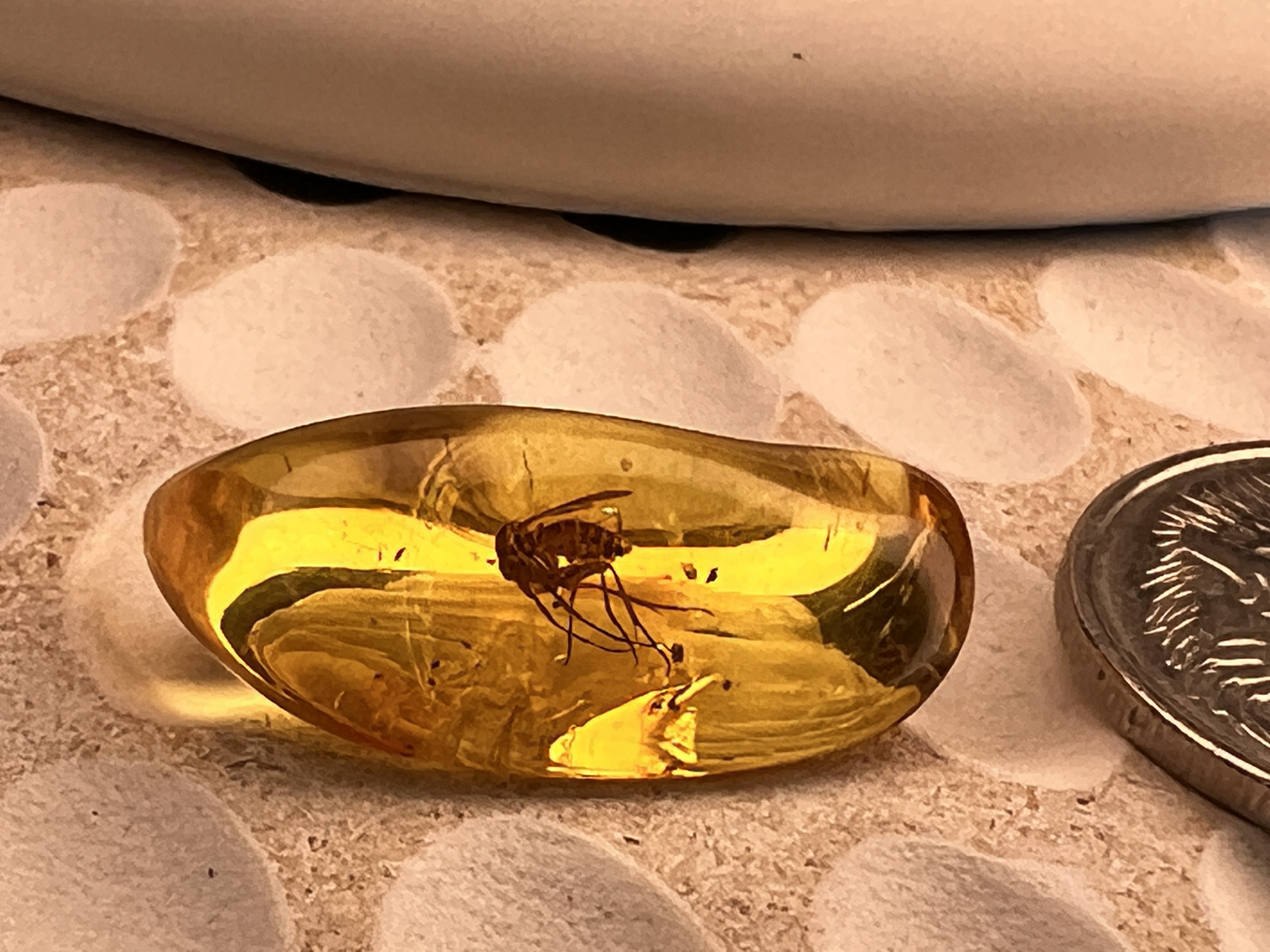 $0.00AUD$20.00AUD
Add to cart
DescriptionDetails & specsAttachments
Inclusion - the fossil remains of a living organism that has fallen into amber. Most often, terrestrial arthropods (insects, arachnids) and plants are preserved in the form of inclusions; less often, fossil remains of vertebrates, including mammals.

According to statistics, only 10% of the found amber contains inclusions, and it is their rarity that determines their high cost. The value of each stone is determined individually, since two identical inclusions do not exist in nature.